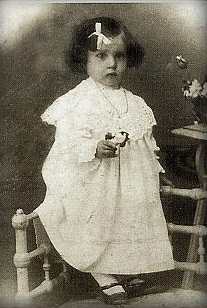 Blessed Maria Pilar Izquierdo Albero, Mother foundress of the Missionary Work of Jesus and Mary, the third of five brothers, was born in Zaragoza (Spain) on 27 July 1906 in a Christian family, humble and needy. Mr. Mariano, her father, was from Alfamén (Zaragoza) and worked in a bakery, while her mother Paola, a native of Zaragoza, dedicated herself to domestic work in her own home and in that of others to contribute to the family economy.

Her parents, poor in material goods, but rich in every virtue, transmitted to their little girl the spirit of piety, love for the poor and a tender devotion to the Virgin of the Pillar. On August 5, the feast of Our Lady of the Snow, they took little María Pilar to the baptismal font of the parish of Santa Maria Maddalena. Later, as she herself would say, this was the most important day of her life because she had received sanctifying Grace and through the Sacrament of Baptism she had become a daughter of the Church.

Since she was a little girl, an exquisite love for God and the poor shone in her, in fact she could not leave anyone in need without immediately helping them. Many times she renounced to her snack and her little things to help others. Several times she had given away the scarce supplies in the pantry or her clothes to do good to others. Since she had not been able to attend school, she could hardly write and read, so she thought of herself “a dumb” because she knew nothing else but “to suffer and to love, to love and to suffer”. She soon experienced the reality of pain on her own skin and understood the redeeming value of suffering.

At the age of 12 she was the victim of a mysterious illness that none of the doctors could diagnose. After four years of living in Alfamén for health reasons, she returned to Zaragoza where she started working in a shoe factory, attracting everyone’s love for her simplicity, her natural sympathy, her goodness and hard work. The Lord, however, wanted to lead her on another path and He made her enter more and more did into the mystery of the cross.

María Pilar loved so much the suffering that she used to repeat: “I find in this suffering a great love for our Jesus that I die and I do not die … because it is this love that makes me live”. Souls who live by faith know very well that Jesus redeemed humanity through pain and that we too can and must cooperate for this Redemption through sacrifice. 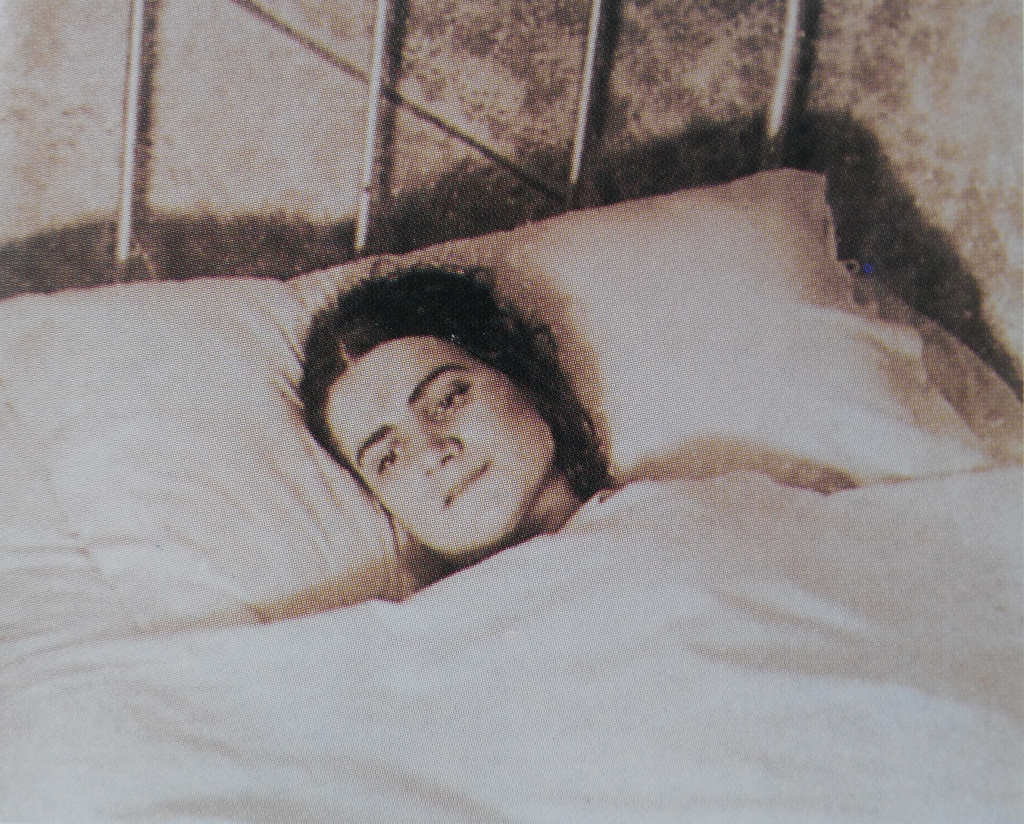 In 1926, on her way home from work, she broke her pelvis falling off the tram. She spent more than a year in  hospital being unable to move because of the fractures. In 1927, as a consequence of multiple cysts, she remained paraplegic and blind: a painful road that lasted for more than twelve years between the hospitals of Zaragoza and the poor attic of Via Cerdan 24 began for her. This place became, despite all adversities, a school of spirituality, an oasis of light, of peace and joy for those who visited it, especially during the three years of the Spanish civil war. There they prayed, evangelical friendship was cultivated and souls were helped by the Blessed Mother in discerning the vocation to which God was calling them.

In 1929, those who assisted her were expecting Pilar’s death at any moment: they gave her the Anointing of the sick, some neighbours prepared her funeral dress and even obtained the coffin from a funeral agency for free. But the Lord had other plans for this servant of God and after six months He woke her from the coma in which she was asleep. She remained blind and paralyzed, with cysts spread throughout the body, including her head. In spite of this, not caring for herself, she began to carry out an intense apostolate: she helped the poorest with alms that pious people gave her, she consoled those who were sad, comforted those who were discouraged and formed in the spiritual life many souls who did visit or wrote to her. 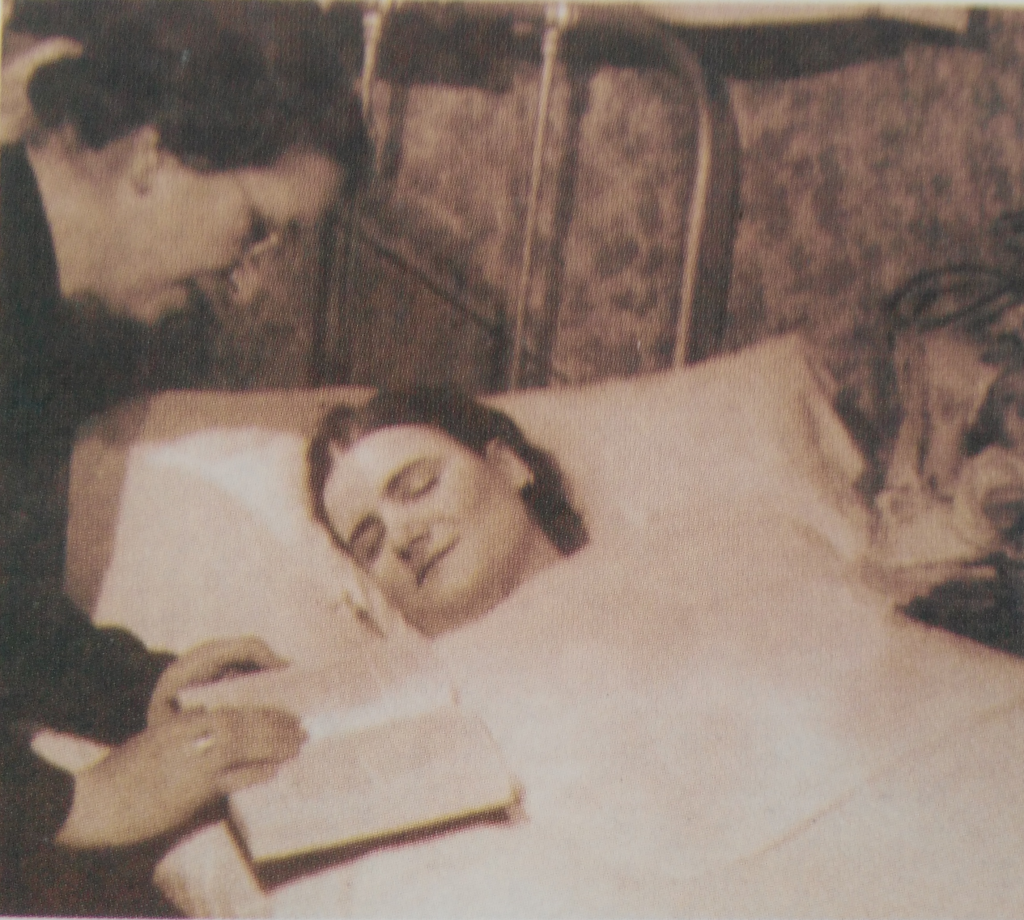 In order to respond to the many people who questioned her, she was helped by the people around her. Although blind, she followed with great care all her “rebañico” (“the little flock”, the group of people who were united to her spiritually) by making available the gifts that the Lord enriched her with: the “seeing” at a distance and the “knowing” the consciences.

Working in mortification, she spent her nights in prayer, individually recommending people, offering her sufferings for the sanctification of souls, especially those of priests and seminarians. 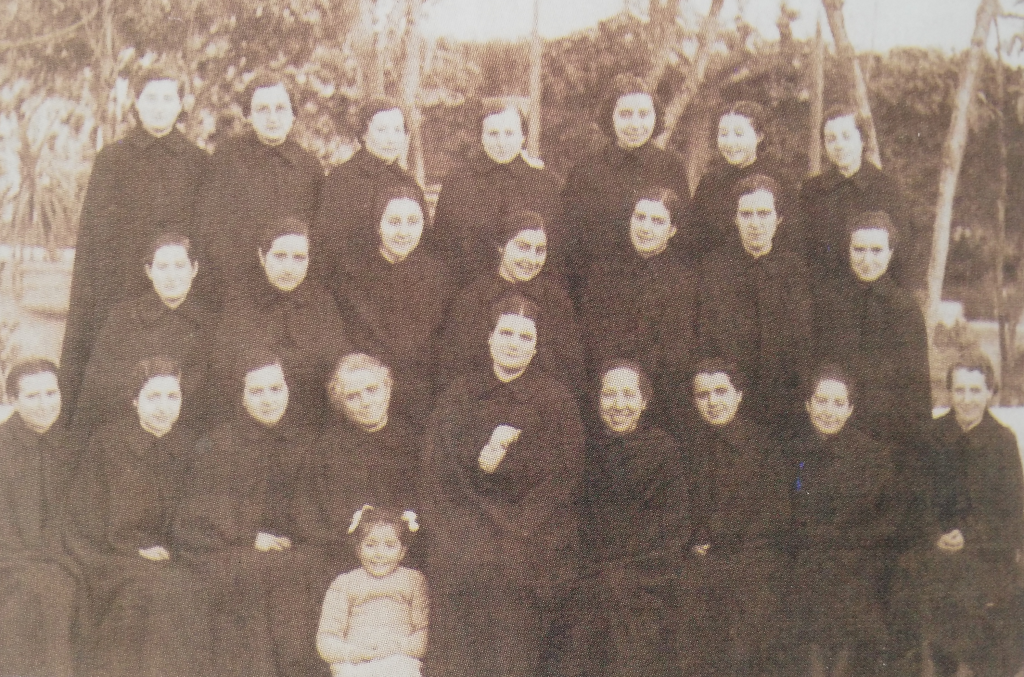 Many young people began to attend the attic of Via Cerdan and Maria Pilar was forming and directing everyone to the vocation to which the Lord called them, both for marriage and for the consecrated life.

In 1936 María Pilar began to talk about the Work of Jesus that was to arise in the Church and that it would have as its purpose “to reproduce the active life of the Lord on earth through the works of mercy”. This Work of Jesus would have been born to help first of all the spiritual rebirth of Spain and then spread to the world. 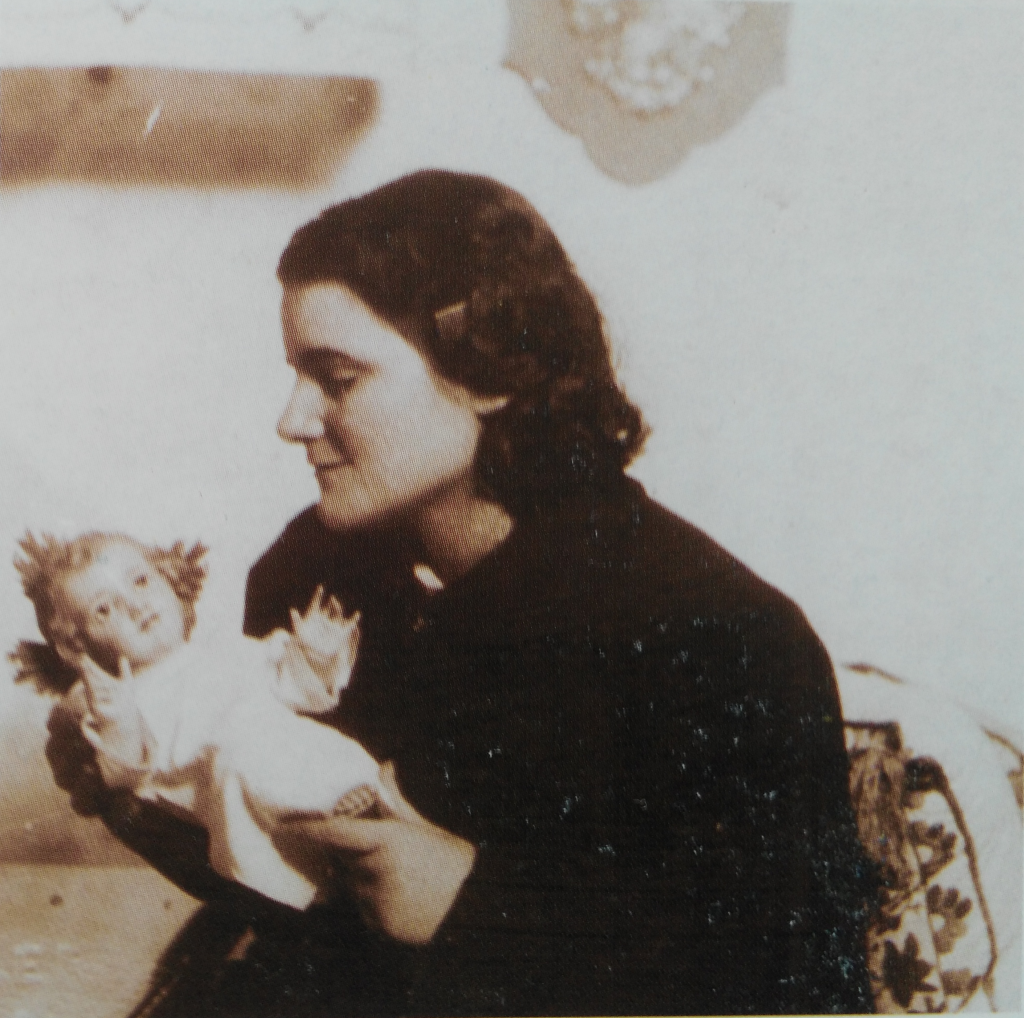 On December 8, 1939, the Solemnity of the Immaculate Conception, of which she was most devoted, María Pilar recovered in an extraordinary way from her paralysis that forced her to stay in bed for more than 10 years. The cysts also disappeared and the sight returned instantly. Immediately afterwards she started the Opera, moving with a group of young people to Madrid where the foundation had already been approved with the name “Missionaries of Jesus and Mary”.
Soon, however, human judgments were interposed on God’s plans: she was forbidden to exercise any form of apostolate until 1942, when the bishop of Madrid granted the canonical approval of the work as a pious union of the Missionaries of Jesus, Mary and Joseph. 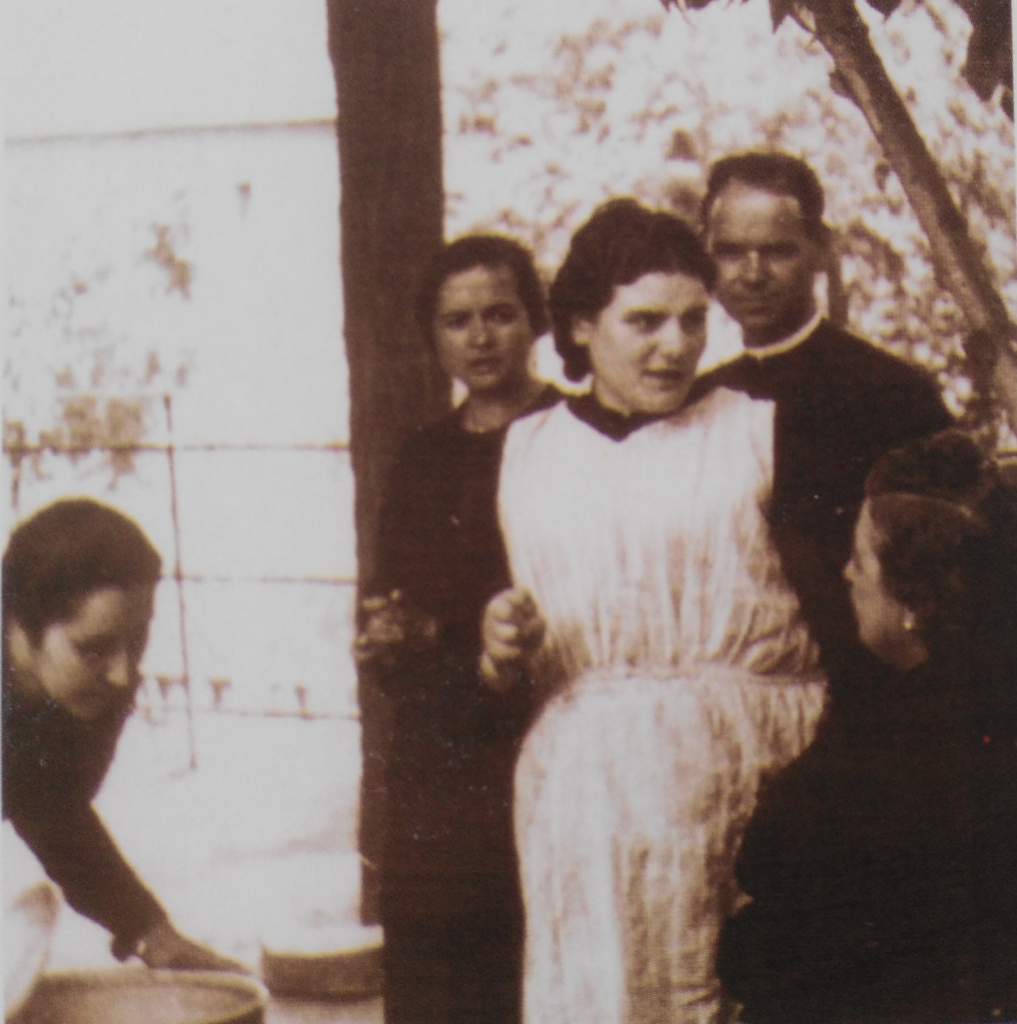 After two years of fruitful apostolate among the poor, the children and the sick in the suburbs of Madrid, God wanted to take her back on the path of the cross. The cysts of the abdomen reproduced in her, and the illness was joined to the moral sufferings with which God is used to purify the souls.

The slanders, intrigues and misunderstandings discredited the Work and alienated several young people who had always been faithful to it. The situation reached such a point that María Pilar, on the advice of her confessor, in November 1944, had to withdraw from her own Work. Nine of her daughters followed her.

On December 9 of the same year she set off for San Sebastian, it was the last part of her climb to Calvary. During the journey, on an freezing night and on a snow-covered road, she broke her leg in a car accident. 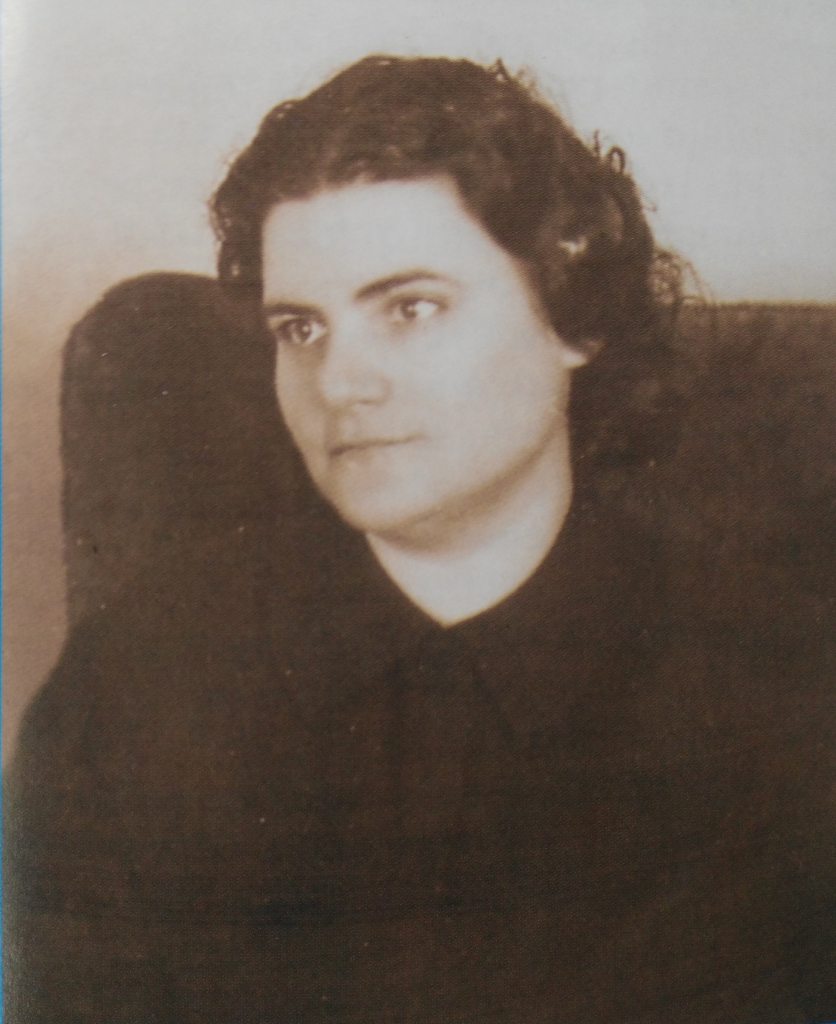 A malignant tumor that appeared almost simultaneously, wounded her to death, but all this failed to extinguish the light of her faith nor the firm conviction that the Work would be born again. Prostrate on the bed of pain, abandoned, she could better taste the chalice of the Lord, while encouraging her daughters saying to them: “I am so sorry to leave you because I love you very much, but from heaven I will be more useful. I will always be with you and with those who suffer, with the poor, the sick. When you are alone, I will be closer to you. “

She died in San Sebastian, at the age of 39, on August 27, 1945, offering her life for her daughters who had separated from her and remembering with pain and love: 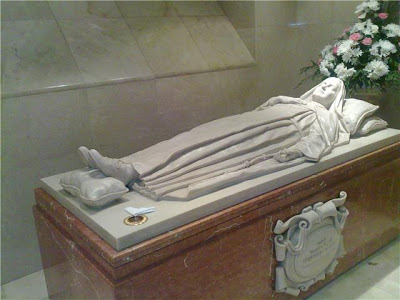 “I love them so much – she said – that I cannot forget them; even if they hit me and dragged me down, I’d like to have them all here. I do not want to remember the evil they do to me, but the good they did to me. Our beloved Jesus knows this well, that more, much more than what they make me suffer, I want Him to give them heaven ».

Her daughters, trusting in the words of the Mother, remained united under the guidance of Father Daniel Díez García, who had helped and assisted her in the last years of her life. In 1947 they arrived in Logroño and in May 1948 the bishop D. Fidel García Martínez canonically approved the Opera as a pious union with the name of “Missionary Work of Jesus and Mary”. 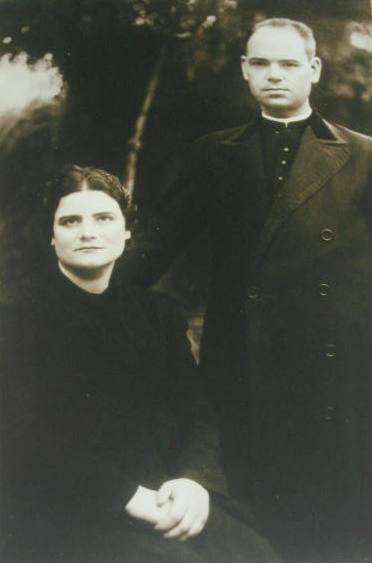 Her daughters, trusting in the words of the Mother, remained united under the guidance of Father Daniel Díez García, who had helped and assisted her in the last years of her life. In 1947 they arrived in Logroño and in May 1948 the bishop D. Fidel García Martínez canonically approved the Opera as a pious union with the name of “Missionary Work of Jesus and Mary”.

In 1961 the Opera was approved as a Congregation of Diocesan Right and in 1981 it was declared a Congregation of Pontifical Right. The Institute is currently distributed in 24 houses scattered throughout Spain, Colombia, Ecuador, Venezuela, Mexico, Italy, Mozambique and Indonesia.

Mother María Pilar Izquierdo’s reputation for holiness grew to such an extent that the Bishop of Calahorra – La Calzada – Logroño, Mgr. Francisco Alvarez Martínez, considered it appropriate to open the Cause of Beatification and Canonization. The Diocesan Process was celebrated from 1983 to 1988.

On December 18, 2000, His Holiness John Paul II declared the heroicity of the virtues and on July 7, 2001, he approved the miracle attributed to her intercession and on November 4th of the same year her beatification took place. 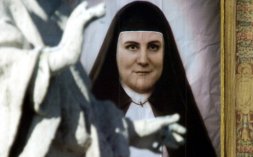 Roman Martyrology: In San Sebastián in Spain, Blessed Maria del Pilar Izquierdo Albero, a virgin, who oppressed for a long time by poverty and serious illness, sought God in her ardent love for the poor and the afflicted, to serve them she founded the Missionary Work of Jesus and Mary.