The Guesthouse Virgen del Pilar is situated in via Alessandro Poerio 51 D  in one of the most scenic and attractive areas of the city of Rome. The “Fontana dell’Acqua Paola”, the Janiculum panoramic terrace and the Vatican City are only steps away.

The Holiday House “Virgen del Pilar” is well located in the  Gianicolense district, in the area commonly known as “Monteverde” (green mountain) in the west part of the city, a few steps from the parks Villa Sciarra and Villa Doria Pamphili,  the second largest public park in Rome (184 hectares) after the Appian Way Regional Park. 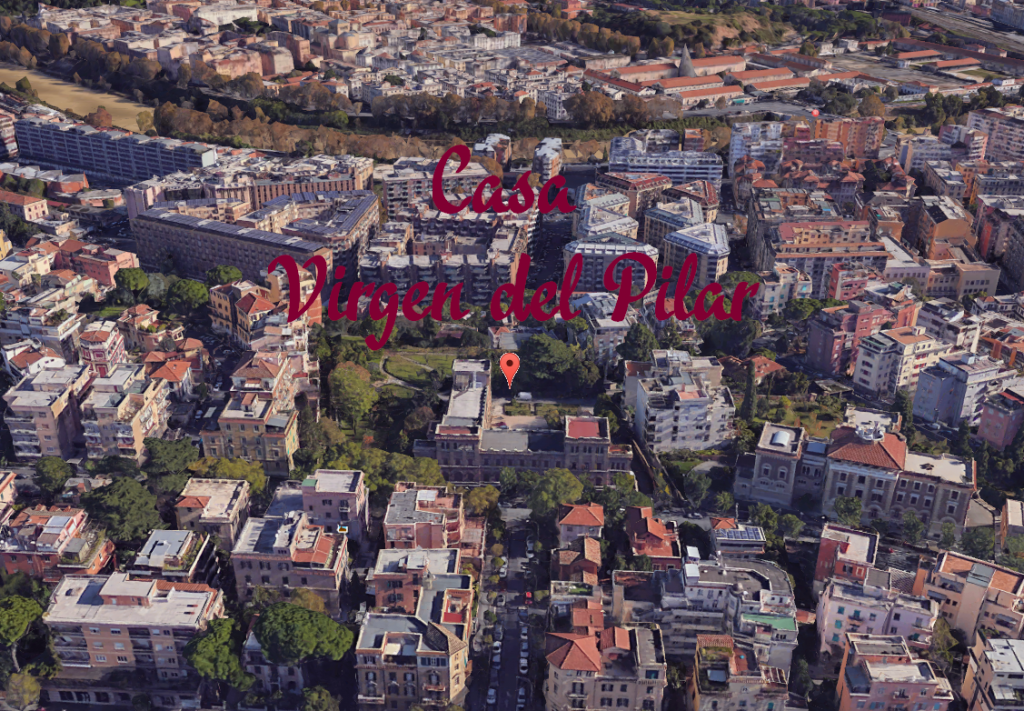 The complex is easily accessible by public transport provided by the municipality of Rome. It’s served by Bus line No. 75 with stop in front of the main entrance of the House and terminus at a few meters. (Main stops): Viale Trastevere – Pyramid – Aventine – Circus Maximus – S. Gregorio al Celio – Colosseum – Cavour – Basilica of. St. Mary Major  – Termini Station).

Moreover, the House is well connected to the main railway stations (Trastevere Station can be reached in 15 minutes on foot and Quattro Venti Station in 7 minutes), to the subway line A Valle Aurelia (reachable with 1 train stop from Quattro Venti Station – 6 minutes ride) and the airport hubs: Fiumicino Airport (reachable in 27 minutes by regional train from Trastevere Station – ticket costs € 8,00 – scheduled departures every 15 minutes on weekdays and every 30 minutes on holidays)- Ciampino Airport (reachable by bus 75 to Termini Station + shuttle bus to Ciampino – ticket costs about € 5,00 / € 6,00 + Bit ticket € 1,50).

Through the links in evidence you can view the detailed map, tips and suggestions on how to reach our Holiday House and places of interest nearby.