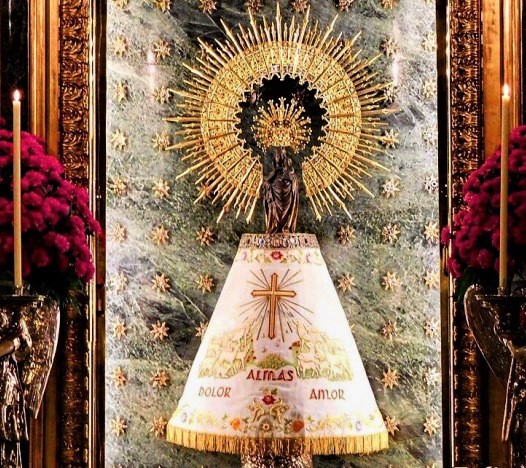 Our Lady of the Pillar (Spanish: Nuestra Señora del Pilar) is the name given to the Blessed Virgin Mary by spanish people. It’s the title under which she is venerated in Spain.

Specifically, Our Lady is venerated with this title from the sanctuary of the same name in Zaragoza (devotion then extended throughout the world, since our Lady of the Pillar is considered the Patron Saint of Hispanic peoples with liturgical celebration on October 12).

The word ‘pilar’ in the Spanish language means pillar. According to tradition on January 2, 40 A.D., the Virgin Mary appeared to the Apostle James disappointed by the ineffectiveness of his preaching, after a long journey from Palestine to Spain, in a sheltered place near the banks of the river Ebro. The apostle, tired and defiant with a pressing desire to proclaim the Gospel of Christ to all, entrusted his discouragement to prayer. It was in this context that a miracle happened before his eyes. Enveloped in a dazzling light, the Virgin, still alive in the East, appears in a bilocation, surrounded by hosts of angels intoning hymns to God.

The Lord has granted what He has always promised: that the Mother of God and Mother of the Church would come to the aid of her needy children! This is the first bilocation in the history of the Church! Over the following centuries many other bilocations have followed. These manifestations of Grace are phenomena experienced by many mystics according to the extraordinary will of the Almighty, for the good of souls.

The Virgin Mary, therefore, sent to the Iberian peninsula by divine grace to provide spiritual support, personally heartens the Apostle James assuring him of the success of his evangelizing mission. Our Lady also gives him as a tangible sign the column that appeared prodigiously with her (the pillar on which she placed her feet), recommending  to build a temple in her honour for the conversion, healing and salvation of those who had sought refuge. Mary confirmed to the Apostle James that Jesus himself had ordered that the angels should bring the Pillar to that particular place for the building of the Marian sanctuary capable of accomplishing wonders for all those who in the following centuries had invoked the Most Holy Name of Mary. The Virgin finally promised that the column would remain standing until the end of the world and that the name of Jesus would always be venerated in the city.

The pillar was placed by St. James in the same place where it stands today and has become the first highly venerated stone around which the Marian Shrine of Zaragoza was built. It’s a concrete sign in the succession of epochs that spiritual support in the Church, founded by Jesus Christ on the Apostle Peter in apostolic communion, is stable with the help of Mary Mother of the Church, since from her “yes” the children of the New Covenant were born. 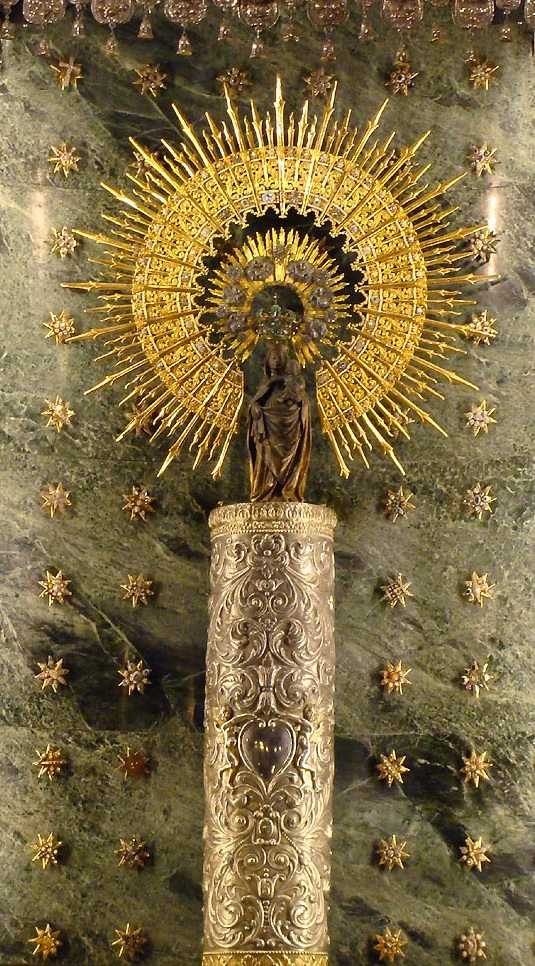 The pillar kept in the sanctuary is made of alabaster completely covered with bronze and silver; only in the rear part of the chapel there is an oculus that allows you to touch, kiss and venerate the column in its original form.

The story of the bilocation of the Virgin Mary to St. James appears in a written version in a 13th century manuscript, but has a very ancient oral tradition, confirmed by private revelations entrusted to Blessed Anna Katharina Emmerick, the venerable Mary of Agreda and the Carmelite mystic Ruzzola.

Because of the devotion spread around this tradition, in honor of the Blessed Virgin Mary the name Pilar is used as a feminine proper name, common throughout Spain, especially in the Aragonese land.

The Sanctuary entitled to the Virgen of the Pillar of Zaragoza is the oldest in Spain and perhaps the entire Christianity. Historical sources make it possible to date at least the 7th century the Church of Santa Maria inside the Walls which was built around a primitive chapel attributable to the 1st century. In 1118 the city of Zaragoza became the capital of the Kingdom of Aragon and in 1294 Santa Maria del Pilar was restored with the beginning of enlargement works. 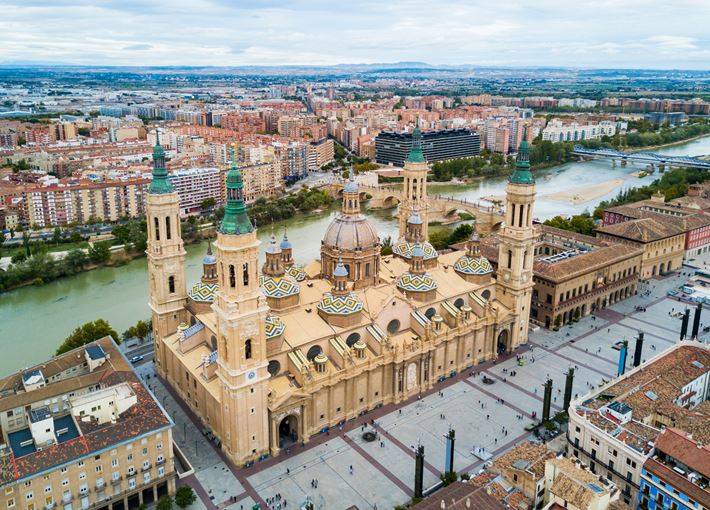 The present church is a building of huge proportions with a large central dome, with ten other smaller domes and four bell towers; it was erected in its present form in the Baroque period from 1681 on a design by Francisco Herrera the Younger.

Inside, many chapels and vaults are decorated with frescoes by famous artists, with marble, bronze and silver, while in the Santa Capilla, a baroque chapel in the shape of an elliptical temple, is placed  the Pillar with a small wooden statue of the Vergin dated back to ‘300.

Traditionally, in honour of Our Lady of the Pillar, great festivities are celebrated in October, during which you can enjoy various folkloric and traditional shows including the parades of the Giants and Cabezudos (with big heads) or the representation of the Aragonese dance par excellence: the “jota” (dance and folk music of the region). Every year Zaragoza is visited by crowds of pilgrims. The pilaric festival on October 12 is considered “the Hispanic day” by all Spanish-speaking countries. 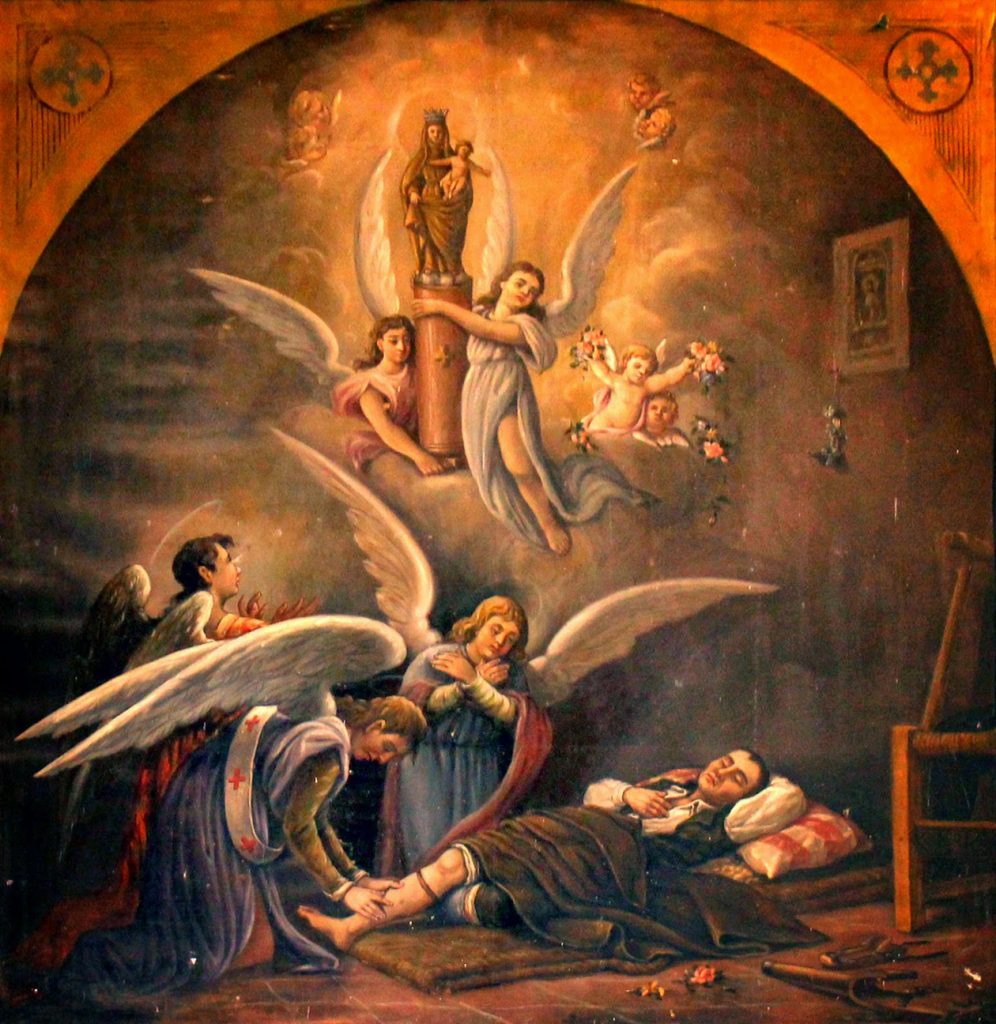 In Italy, Our Lady of the Pillar was better known thanks to the book  written by the writer Vittorio Messori about the miracle of the young Spanish 17 year old Miguel Juan Pellicer, which took place in 1640 by the Lady of the Pillar. After having begged mutilated at the Marian shrine, he obtained in a prodigious way the reappearance of his amputated leg.

We conclude this compelling story by telling you the reasons why we decided to name our Guesthouse after the Virgen del Pilar. We Sisters of the Missionary Work of Jesus and Mary were looking for something characteristic that belonged to us, capable of leaving a deep message in the hearts of those who would come to visit us. 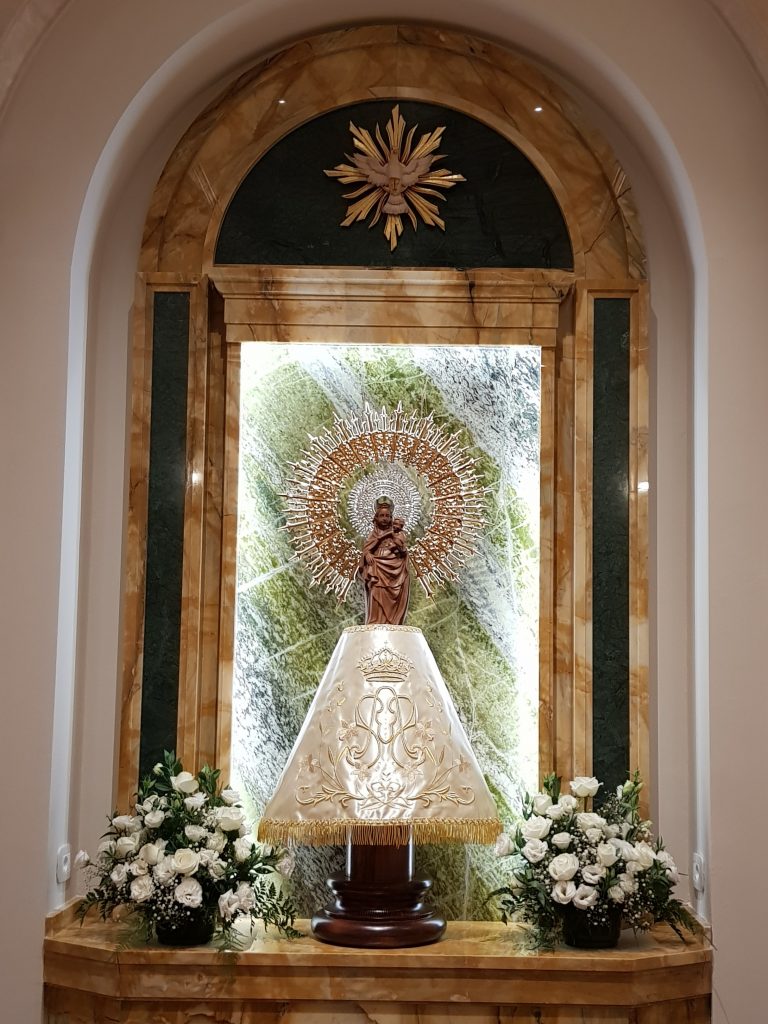 For this reason we decided to call our House with a title dedicated to Our Lady with spiritual contents that would remind us of the Spanish origins of our Congregation, to which we were all interiorly linked in terms of faith. 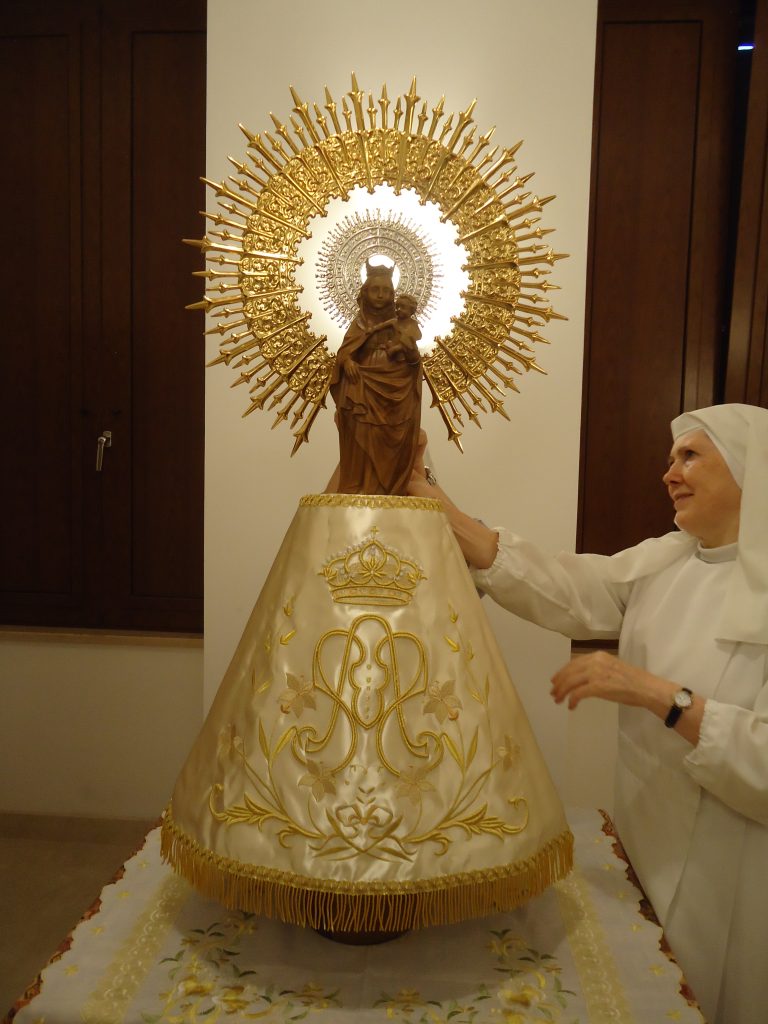 In fact, our founding Mother, Blessed María Pilar Izquierdo Albero, who was born in Zaragoza, bore the name of Our Lady, and as a child she often ran away from home to go and pray, and they found her kneeling before the Virgen del Pilar!

“Go as a little child into the arms of our sweetest Mother and rest on her womb as if you were in heaven”. 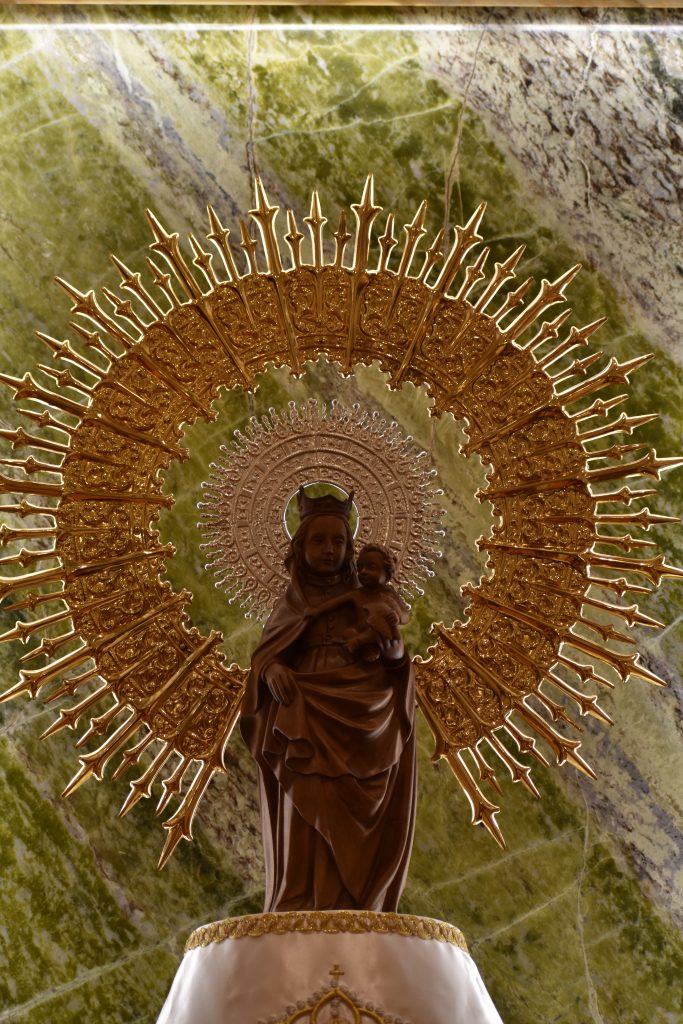 For these reasons we have named this House after the “Virgen del Pilar”, to recall Mary’s maternal love which makes each one of us feel welcomed, supported, encouraged, in a beloved word and above all because the Missionary Work of Jesus and Mary was born and grew up next to our Lady of the Pillar.